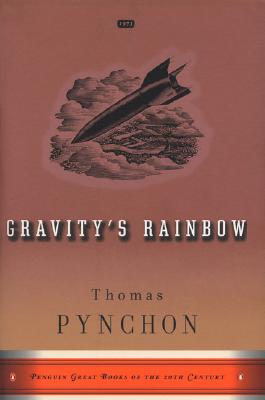 By Thomas Pynchon
$20.00
Email or call for price

Winner of the 1973 National Book Award, GRAVITY'S RAINBOW is a postmodern epic, a work as exhaustively significant to the second half of the twentieth century as Joyce's Ulysses was to the first. Its complex and richly layered narrative begins a few months after the German's secret V-2 rocket bombs start falling on London. British intelligence discovers that a map of the city pinpointing the sexual conquests of one Lieutenant Tyrone Slothrop, U.S. Army, corresponds identically to a map showing the V-2 impact sites. The implications of this discovery will launch Slothrop on an amazing journey across war-torn Europe, fleeing an international cabal of military-industrial superpowers, in search of the mysterious Rocket 00000.

The sprawling, encyclopedic narrative of Gravity's Rainbow -- with its countless subsidiary plots, more than 400 characters, shifting literary styles, and allusions ranging from classical music theory, literature, and military science to comic strips and film -- and the novel's penetrating analysis of the impact of technology on society make it an intellectual tour de force.