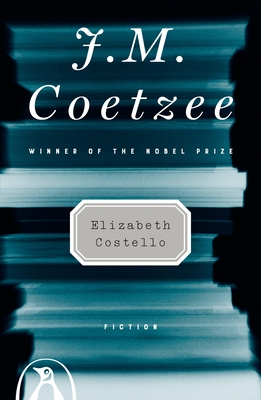 J.M. Coetzee's latest novel, The Schooldays of Jesus, is now available from Viking. Late Essays: 2006-2016 will be available January 2018.

Since 1982, J. M. Coetzee has been dazzling the literary world. After eight novels that have won, among other awards, two Booker Prizes, and most recently, the Nobel Prize, Coetzee has once again crafted an unusual and deeply affecting tale. Told through an ingenious series of formal addresses, Elizabeth Costello is, on the surface, the story of a woman's life as mother, sister, lover, and writer. Yet it is also a profound and haunting meditation on the nature of storytelling.

Born in Cape Town, South Africa, on February 9, 1940, John Michael Coetzee studied first at Cape Town and later at the University of Texas at Austin, where he earned a Ph.D. degree in literature. In 1972 he returned to South Africa and joined the faculty of the University of Cape Town. His works of fiction include Dusklands, Waiting for the Barbarians, which won South Africa’s highest literary honor, the Central News Agency Literary Award, and the Life and Times of Michael K., for which Coetzee was awarded his first Booker Prize in 1983. He has also published a memoir, Boyhood: Scenes From a Provincial Life, and several essays collections. He has won many other literary prizes including the Lannan Award for Fiction, the Jerusalem Prize and The Irish Times International Fiction Prize. In 1999 he again won Britain’s prestigious Booker Prize for Disgrace, becoming the first author to win the award twice in its 31-year history. In 2003, Coetzee was awarded the Nobel Prize in Literature.

[Elizabeth Costello] resonates in the mind long after it has been put aside. (John Banville, The Nation)