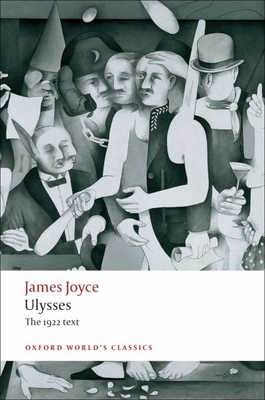 One of the greatest novels of the twentieth century, Ulysses has had a profound influence on modern fiction. In a series of episodes covering the course of a single day, June 16, 1904, the novel traces the movements of Leopold Bloom and Stephen Dedalus through the streets of Dublin. Each chapter has its own remarkably innovative literary style, and the book is one of the great, extended tours de force of stream-of-consciousness narration. It is an essential stop in any tour of English literature.
This marvelous edition reproduces in facsimile the original 1922 text. Today critical interest centers on the authority of the text, and this edition republishes for the first time, without interference, the original 1922 text. Equally important, Jeri Johnson's editorial material is acknowledged to be by far the best there is. Her textual apparatus--notes, introduction, stemma of published versions--is unsurpassed. Johnson strikes the perfect balance between what readers need to know in her notes and introduction. Her fantastic explanatory notes begin by giving the time and location of each episode and a description of the correspondence with the episode in Homer being paralleled. In addition, the introduction is a model of scholarship and lucidity, leading the first-time reader through the intricacies of the text.
This edition also includes a full list of errata, a Composition and Publication History, an up-to-date bibliography, a chronology of Joyce's lie, a map of Dublin of the period, appendices reproducing Gilbert and Linati schema (i.e. the tables that set out the symbolic significance of each episode in the novel by title, hour of the day, place of the action), and much more. It is the perfect introduction to the crowning work of modernist literature.

Jeri Johnson is Fellow and Tutor in English at Exeter College, Oxford University.