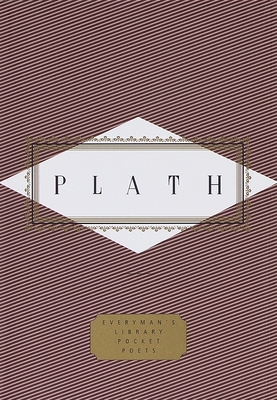 A representative selection of verse by the Pulitzer Prize-winning writer who left in the wake of her personal tragedy a legacy of poems that combine terrifying intensity and dazzling artistry. With their brutally frank self-exposure and emotional immediacy, Plath's poems, from "Lady Lazarus" to "Daddy," have had an enduring influence on contemporary poetry.

Sylvia Plath was born in 1932 in Massachusetts. She began publishing poems and stories as a teenager and by the time she entered Smith College had won several poetry prizes.  She was a Fulbright Scholar in Cambridge, England, and married British poet Ted Hughes in London in 1956.  The young couple moved to the States, where Plath became an instructor at Smith College, and had two children.  Later, they moved back to England, where Plath continued writing poetry and wrote The Bell Jar, which was first published under the pseudonym Victoria Lucas in England in 1963.  On February 11, 1963, Plath committed suicide.  The Bell Jar was first published under her own name in the United States by Harper & Row in 1971, despite the protests of Plath's family.  Plath's Collected Poems, published posthumously in 1981, won the Pulitzer Prize.

"[Her poems] have that exquisite, heart-breaking quality about them that has made Sylvia Plath our acknowledged Queen of Sorrows, the spokeswoman for our most private, most helpless nightmares. . . . Her poetry is as deathly as it is impeccable; it enchants us almost as powerfully as it must have enchanted her." --Joyce Carol Oates, The New York Times