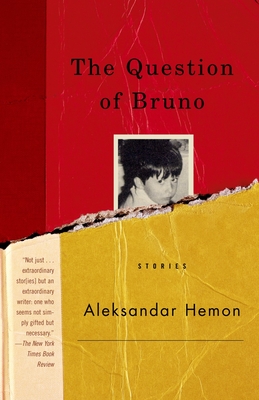 By Aleksandar Hemon
$15.95
Email or call for price

In this stylistically adventurous, brilliantly funny tour de force-the most highly acclaimed debut since Nathan Englander's-Aleksander Hemon writes of love and war, Sarajevo and America, with a skill and imagination that are breathtaking.

A love affair is experienced in the blink of an eye as the Archduke Ferdinand watches his wife succumb to an assassin's bullet. An exiled writer, working in a sandwich shop in Chicago, adjusts to the absurdities of his life. Love letters from war torn Sarajevo navigate the art of getting from point A to point B without being shot. With a surefooted sense of detail and life-saving humor, Aleksandar Hemon examines the overwhelming events of history and the effect they have on individual lives. These heartrending stories bear the unmistakable mark of an important new international writer.

Aleksandar Hemon was born in Sarajevo in 1964. He moved to Chicago in 1992 with only a basic command of English. He began writing in English in 1995. His fiction has appeared in The New Yorker, Granta, and Best American Short Stories 1999, among other publications, and will appear in the forthcoming Best American Short Stories 2000. He continues to live in Chicago with his wife, Lisa Stodder, a Chicago native.

“By turns terrifying, gently comic and brutally satiric, these are stunning stories that compel the reader to view a world rendered ... abruptly alien and unfamiliar.”–San Francisco Chronicle

“The man is a maestro.... As vivid a prose as you will find anywhere this year, and as heartbreaking.”–Esquire