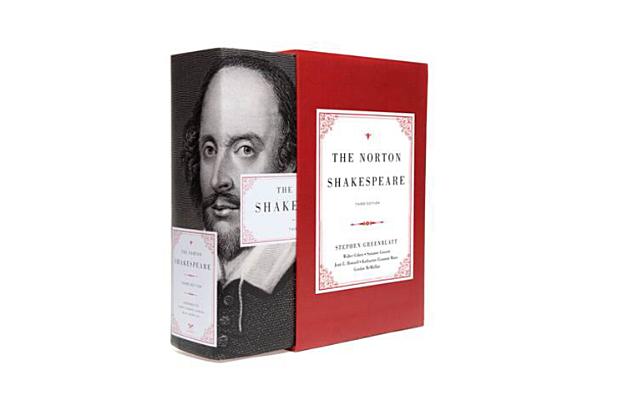 The best-selling complete Shakespeare in a groundbreaking new edition.

The Norton Shakespeare has long been acclaimed worldwide for its vibrant introductions, first among them Stephen Greenblatt's General Introduction, a richly textured portrait of Shakespeare's work and world. This Third Edition introduces a meticulously edited new text created by an expert international team of textual editors, a new introduction to the theater of Shakespeare's time, new performance notes, and hundreds of fine-tuned glosses that aid readers' understanding of the plays and poems. More than 170 Elizabethan and Jacobean illustrations round out this handsome volume, which is indispensable to all who love Shakespeare.

Walter Cohen (Ph.D. Berkeley) is Professor of English at the University of Michigan, Ann Arbor, and Professor of Comparative Literature Emeritus at Cornell University, where he received the Clark Distinguished Teaching Award. He is the author of Drama of a Nation: Public Theater in Renaissance England and Spain, as well as numerous journal articles on Renaissance literature, literary criticism, the history of the novel, and world literature. He has recently completed a critical study entitled A History of European Literature: The West and the World from Antiquity to the Present.

Jean E. Howard (Ph.D., Yale) is the George Delacorte Professor in the Humanities at Columbia University. A past president of the Shakespeare Association of America, she is the author of numerous books on Renaissance drama, including Shakespeare’s Art of Orchestration: Stage Technique and Audience Response (1984), The Stage and Social Struggle (1994), Engendering a Nation: A Feminist Account of Shakespeare’s English Histories, with Phyllis Rackin (1997), Theater of a City: The Places of London Comedy 1598–1642 (2007), and Marx and Shakespeare with Crystal Bartolovich (2012). She is at work on a book about the English history play from Shakespeare to Caryl Churchill and another on the invention of Renaissance tragedy.

Katharine Eisaman Maus (Ph.D. Johns Hopkins) is James Branch Cabell Professor of English at the University of Virginia. She is the author of Being and Having in Shakespeare; Inwardness and Theater in the English Renaissance; and Ben Jonson and the Roman Frame of Mind; editor of a volume of Renaissance tragedies; and coeditor of English Renaissance Drama: A Norton Anthology, The Norton Anthology of English Literature, and a collection of criticism on seventeenth-century English poetry. She has been awarded Guggenheim, Leverhulme, NEH, and ACLS fellowships, and the Roland Bainton Prize for Inwardness and Theater.

Gordon McMullan (D.Phil. Oxford) is Professor of English at King’s College London and Director of the London Shakespeare Centre. He is the author of Shakespeare and the Idea of Late Writing: Authorship in the Proximity of Death and The Politics of Unease in the Plays of John Fletcher, and editor of the Arden Shakespeare edition of Henry VIII and the Norton Critical Edition of 1 Henry IV. He is a General Editor of Arden Early Modern Drama. He has edited or co-edited several collections of essays, including Late Style and Its Discontents, Women Making Shakespeare, Reading the Medieval in Early Modern England, and In Arden: Editing Shakespeare.

Suzanne Gossett (Ph.D. Princeton) is professor emerita of English at Loyola University Chicago. She is a General Editor of Arden Early Modern Drama and has recently served as president of the Shakespeare Association of America. She has written extensively about early modern drama and textual criticism and has edited, most recently, Eastward Ho! in the Cambridge Edition of the Works of Ben Jonson, Philaster for Arden Early Modern Drama, A Fair Quarrel in Thomas Middleton: The Collected Works, Pericles in Arden Shakespeare 3, and the collection Thomas Middleton in Context.