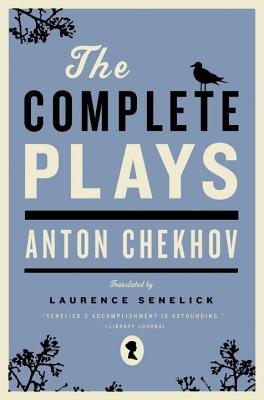 "The most complete collection of the Russian playwright's repertoire."—Vogue

This stunning new translation presents the only truly complete edition of the plays of one of the greatest dramatists in history. Anton Chekhov is a unique force in modern drama, his works interpreted and adapted internationally and beloved for their brilliant wit and understanding of the human condition.This volume contains work never previously translated, including the newly discovered farce The Power of Hypnotism, the first version of Ivanov, Chekhov's early humorous dialogues, and a description of lost plays and those Chekhov intended to write but never did.

Anton Chekhov was born on January 29, 1860 in Taganrog, Russia. He graduated from the University of Moscow in 1884. Chekhov died of tuberculosis in Germany on July 14, 1904, shortly after his marriage to actress Olga Knipper, and was buried in Moscow.

Laurence Senelick is the Fletcher Professor of Drama and Oratory at Tufts University and author of more than a dozen books, including the award-winning The Chekhov Theatre and The Changing Room: Sex, Drag, and the Theatre. He is director of his own translations of Gogol’s The Inspector General (1998) and Euripides’ The Bakkhai (2001).