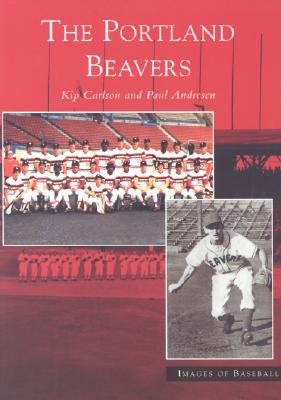 By Kip Carlson, Paul Andresen
$21.99
Email or call for price

When the Pacific Coast League was founded in 1903, the Portland Beavers-then known as the Browns-played in the circuit's first game, a 3-1 road loss to the San Francisco Stars. When the PCL celebrated its centennial season in 2003, Portland was the only city in the league to have been there at the start. The team's alumni include Satchel Paige, Lou Piniella, and Louis Tiant, but even more familiar to Portland fans are players like Eddie Basinski, Roy Hesler, and Bernardo Brito, who spent much of their careers with the Beavers...and groundskeeper Rocky Benevento and broadcaster Rollie Truitt, who each spent over three decades with the ball club. The Portland Beavers samples the first century of the team's history: Walter McCredie's teams that won five pennants from 1906 to 1914; the championship clubs of 1932 and 1936; the last-to-first climb that ended with a PCL title in 1945; the 1983 pennant that came between the team's two departures from Portland; and the return in 2001 that re-established Beavers baseball as a summertime tradition.