Cardenio Between Cervantes and Shakespeare: The Story of a Lost Play (Abridged / Paperback) 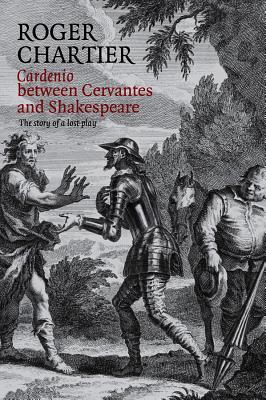 By Roger Chartier
Email or call for price
Special Order

How should we read a text that does not exist, or present a play the manuscript of which is lost and the identity of whose author cannot be established for certain?

Such is the enigma posed by Cardenio - a play performed in England for the first time in 1612 or 1613 and attributed forty years later to Shakespeare (and Fletcher). Its plot is that of a 'novella' inserted into Don Quixote, a work that circulated throughout the major countries of Europe, where it was translated and adapted for the theatre. In England, Cervantes' novel was known and cited even before it was translated in 1612 and had inspired Cardenio.

But there is more at stake in this enigma. This was a time when, thanks mainly to the invention of the printing press, there was a proliferation of discourses. There was often a reaction when it was feared that this proliferation would become excessive, and many writings were weeded out. Not all were destined to survive, in particular plays for the theatre, which, in many cases, were never published. This genre, situated at the bottom of the literary hierarchy, was well suited to the existence of ephemeral works. However, if an author became famous, the desire for an archive of his works prompted the invention of textual relics, the restoration of remainders ruined by the passing of time or, in order to fill in the gaps, in some cases, even the fabrication of forgeries. Such was the fate of Cardenio in the eighteenth century.

Retracing the history of this play therefore leads one to wonder about the status, in the past, of works today judged to be canonical. In this book the reader will rediscover the malleability of texts, transformed as they were by translations and adaptations, their migrations from one genre to another, and their changing meanings constructed by their various publics. Thanks to Roger Chartier's forensic skills, fresh light is cast upon the mystery of a play lacking a text but not an author.