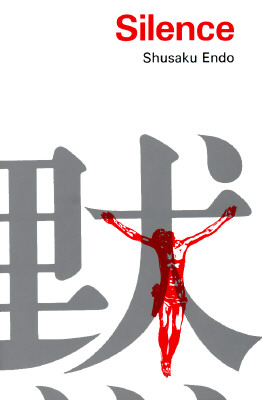 "Silence I regard as a masterpiece, a lucid and elegant drama." Irving Howe. -- The New York Times Review Of Books
*** Susaku Endo is Japan's foremost novelist, and Silence is generally regarded to be his masterpiece. In a perfect fusion of treatment and theme, this powerful novel tells the story of a seventeenth Portuguese priest in Japan at the height of the fearful persecution of the small Christian community.
*** "A major talent, Endo makes an impressive debut here with this novel, a bravura admixture of history, theological quandaries and rugged characterizations... Endo's achievement rests on... splendid characters, the restrained classical way he tells of their ordeals, and his sensitivity to the clash between Japanese culture and a very Western mode of religion." - Publishers Weekly
*** "A Japanese novelist of considerable distinction. Silence is impressive ibecause of its simplicity and its harrowing account of men of faith in a faith-denying situation. It is worthy of our serious contemplation and respect." - San Francisco Review of Books
*** "A profoundly moving, profoundly disturbing book... The translation by William Johnston is a brilliant, subtle piece of work with not a line akilter." - Washington Post Book World
*** "The calvary of Father Rodrigues is so brilliantly brought before us that even if no such person ever existed, he lives now... This is the best book on a Christian theme that I have read for years." - America
*** About the Author
Shusaku Endo was born in Tokyo in 1923. He specialized in French literature at Keio University and then studied for several years in France on a scholarship from the Japanese goverment. His novels, which are now being widely translated throughout the world, have established him as the leading writer in Japan.
+++++++++++++++++++++++++++++++++++++++++++++++++++++++++++++
*** BREAKING NEWS *** SILENCE, Director Martin Scorsese's latest movie, is due to be released in 2016 and will star Liam Neeson, Andrew Gaefield and Adam Driver.
+++++++++++++++++++++++++++++++++++++++++++++++++++++++++++++