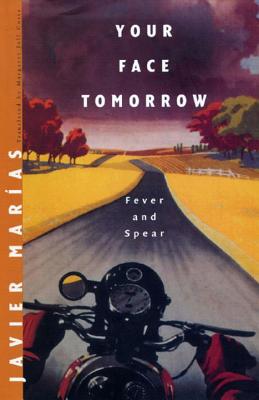 A daring masterwork by Javier Marias: "Spain's most subtle and gifted writer." (The Boston Globe)

Part spy novel, part romance, part Henry James, Your Face Tomorrow is a wholly remarkable display of the immense gifts of Javier Marias. With Fever and Spear, Volume One of his unfolding novel Your Face Tomorrow, he returns us to the rarified world of Oxford (the delightful setting of All Souls and Dark Back of Time), while introducing us to territory entirely new--espionage.

Our hero, Jaime Deza, separated from his wife in Madrid, is a bit adrift in London until his old friend Sir Peter Wheeler—retired Oxford don and semi-retired master spy—recruits him for a new career in British Intelligence. Deza possesses a rare gift for seeing behind the masks people wear. He is soon observing interviews conducted by Her Majesty's secret service: variously shady international businessmen one day, would-be coup leaders the next. Seductively, this metaphysical thriller explores past, present, and future in the ever-more-perilous 21st century. This compelling and enigmatic tour de force from one of Europe's greatest writers continues with Volume Two, Dance and Dream.

Javier Marías is an award-winning Spanish novelist. He is also a translator and columnist, as well as the current king of Redonda. He was born in Madrid in 1951 and published his first novel at the age of nineteen. He has held academic posts in Spain, the US (he was a visiting professor at Wellesley College) and Britain, as a lecturer in Spanish Literature at Oxford University. He has been translated into 34 languages, and more than six million copies of his books have been sold worldwide. In 1997 he won the Nelly Sachs Award; the Comunidad de Madrid award in 1998; in 2000 the Grinzane Cavour Award, the Alberto Moravia Prize, and the Dublin IMPAC Award. He also won the Spanish National Translation Award in 1979 for his translation of Tristram Shandy in 1979. He was a professor at Oxford University and the Complutense of Madrid. He currently lives in Madrid.

Marías’s most extravagant showcase for ‘literary thinking’ so far. It also serves as a compelling introduction to his writing.
— Wyatt Mason - The New Yorker

Fever and Spear entangles and fascinates readers and critics who have variously compared it with the novels of Dostoevsky, Proust and Beckett.

Your Face Tomorrow is already being compared to Proust’s A la recherche du temps perdu, and rightly so.

The overall effect recalls the cerebral play of Borges, the dark humor of Pynchon, and meditative lyricism of Proust.
— Review of Contemporary Fiction

By one of the most original writers at work today, Your Face Tomorrow [is] as accomplished and sui generis as all his mature work [and the] most affecting narrative feat in Marías’s work to date.

This brilliant trilogy must be one of the greatest novels of our age.
— Antony Beevor - The Sunday Telegraph [London]