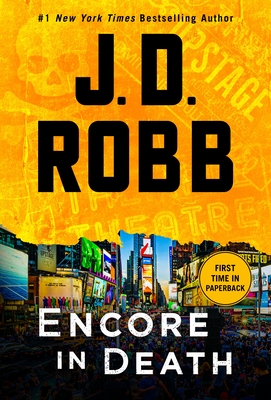 This is book number 56 in the In Death series.

The homicide cop with a passion for justice returns in the captivating crime thriller series by the #1 New York Times bestselling author.

It was a glittering event full of A-listers, hosted by Eliza Lane and Brant Fitzhugh, a celebrity couple who’d conquered both Hollywood and Broadway. And now Eve Dallas has made her entrance—but not as a guest. After raising a toast, Fitzhugh fell to the floor and died, with physical symptoms pointing to cyanide, and the police have crashed the party.

From all accounts, he wasn’t the kind of star who made enemies. Everyone loved him—even his ex-wife. And since the champagne cocktail that killed him was originally intended for Eliza, it’s possible she was the real target, with a recently fired assistant, a bitter rival, and an obsessed fan in the picture. With so many attendees, staff, and servers, Eve has her work cut out determining who committed murder in the middle of the crowd—and what was their motivation. As one who’s not fond of the spotlight herself, she dreads the media circus surrounding a case like this. All she wants is to figure out who’s truly innocent, and who’s only acting that way…