The World to Come (Compact Disc) 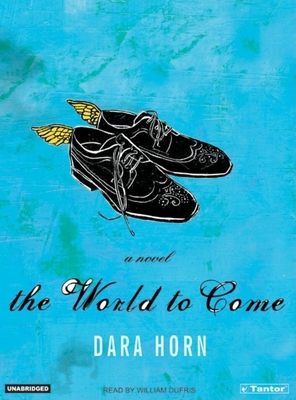 By Dara Horn, William Dufris (Narrated by)
Email or call for price
Out of Print

An intoxicating combination of mystery, spirituality, redemption, piety, and passion, The World To Come is Dara Horn's follow-up to her breakout, critically acclaimed debut novel In the Image. Using a real-life art heist as her starting point, Horn traces the life and times of several characters, including Russian-born artist Marc Chagall and the New Jersey-based Ziskind family. Benjamin Ziskind, a former child prodigy, now spends his days writing questions for a television trivia show. After Ben's twin sister, Sara, forces him to attend a singles cocktail party at a Jewish museum, Ben spots Over Vitebsk, a Chagall sketch that once hung in the twins' childhood home. Convinced the painting was stolen from his family, Ben steals the work of art and enlists Sara to create a forgery to replace it. While trying to evade the police, Ben attempts to find the truth of how the painting got to the museum. From a Jewish orphanage in 1920s Soviet Russia where Marc Chagall brought art to orphaned Jewish boys, to a junior high school in Newark, New Jersey, with a stop in the jungles of Da Nang, Vietnam, Horn weaves a story of mystery, romance, folklore, history and theology into a spellbinding modern tale. Richly satisfying and utterly unique, her novel opens the door to "the world to come"-not life after death, but the world we create through our actions right now.

Dara Horn, an award-winning author chosen by "Granta" magazine as one of the Best Young American Novelists in 2007, is the author of "In the Image" and "The World to Come."

William Dufris has been nominated nine times as a finalist for the APA's prestigious Audie Award and has garnered tweny-one Earphones Awards from "AudioFile" magazine, which also named him one of the Best Voices at the End of the Century.

""A deeply satisfying literary mystery and a funny-sad meditation on how the past haunts the present---and how we haunt the future." ---Time