The Pursuit of Happiness: A Novel (Paperback) 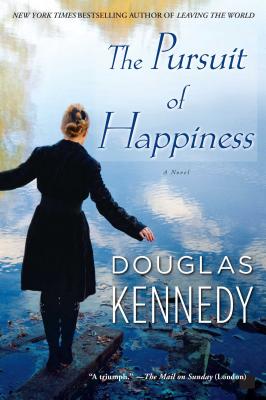 Manhattan, Thanksgiving eve, 1945. The war is over, and Eric Smythe’s party was in full swing. All his clever Greenwich Village friends were there. So too was his sister Sara, an independent, outspoken young woman, starting to make her way in the big city. And then in walked Jack Malone, a U.S. Army journalist just back from a defeated Germany, a man whose world view was vastly different than that of Eric and his friends. This chance meeting between Sara and Jack and the choices they both made in the wake of it would eventually have profound consequences, both for themselves and for those closest to them for decades afterwards. Set amidst the dynamic optimism of postwar New York and the subsequent nightmare of the McCarthy era, The Pursuit of Happiness is a great, tragic love story; a tale of divided loyalties, decisive moral choices and the random workings of destiny.

Douglas Kennedy is the author of eleven previous novels, including the international bestsellers The Moment and Five Days. His work has been translated into twenty-two languages, and in 2007 he received the French decoration of Chevalier de l’Ordre des Arts et des Lettres. He divides his time among London, New York, and Montreal, and has two children. Find out more at DouglasKennedyNovelist.com.

“This weighty tome is as readable as the '50s bestsellers it channels. The prolific Kennedy, known mainly in the U.K. and France, deserves a wider readership in his native United States.” —Kirkus Reviews

“Kennedy vividly depicts the heady atmosphere of post–World War II New York City, the status of working women in the 1950s, the horrors of the McCarthy era, and the ways of the heart at any time. A romantic, sweeping read that will appeal to fans of women's and historical fiction.” —Library Journal


"An engrossing novel that transcends decades.... It's a spellbinding but tragic read that you should not miss." --The Oklahoman (Oklahoma City, OK)