At Night We Walk in Circles Lib/E (Compact Disc) 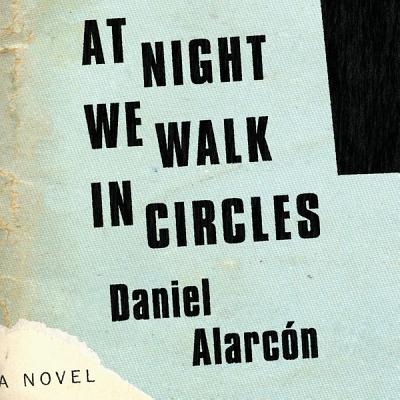 By Daniel Alarcon, Armando Duran (Read by)
$79.95
Email or call for price

“Set in an unnamed South American country years after a protracted civil war has ended, At Night We Walk in Circles chronicles the life and dark fate of Nelson, a bright and promising young man who joins a small guerrilla theatre group. Nelson and the group's two founders, one of whom is a psychically battle-scarred casualty of the political conflict, bring their play, The Idiot President, to villages in the countryside and mountains, looking for escape, renewal, and perhaps redemption. The village that is the troupe's final destination holds deep secrets, and an innocent and kind act results in a shocking outcome. Alarcon is a genius, and this novel is a work of brilliance.”
— Cathy Langer, Tattered Cover Book Store, Denver, CO

The breakout book from a prizewinning young writer: a breathtaking, suspenseful story of one man's obsessive search to find the truth of another man's downfall

Nelson's life is not turning out the way he hoped. His girlfriend is sleeping with another man; his brother has left their South American country and moved to the United States, leaving Nelson to care for their widowed mother; and his acting career can't seem to get off the ground. That is, until he lands a starring role in a touring revival of The Idiot President, a legendary play by Nelson's hero, Henry Nunez, leader of the storied guerrilla theater troupe Diciembre. And that's when the real trouble begins.

The tour takes Nelson out of the shelter of the city and across a landscape he's never seen, which still bears the scars of the civil war. With each performance Nelson grows closer to his fellow actors, becoming hopelessly entangled in their complicated lives until, during one memorable performance, a long-buried betrayal surfaces to force the troupe into chaos.

Nelson's fate is slowly revealed through the investigation of the narrator, a young man obsessed with Nelson's story-and perhaps closer to it than he lets on. In sharp, vivid, and beautiful prose, Alarcon delivers a compulsively readable narrative and provocative meditation on fate, identity, and the large consequences that can result from even our smallest choices.