Ward of the State: A Memoir Of Foster Care (Paperback) 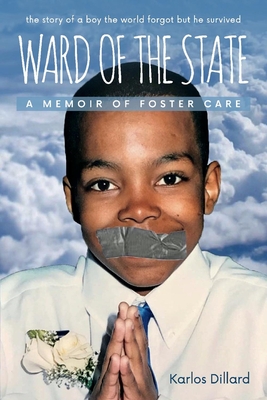 By Karlos Dillard, Brooke-Sidney Harbour (Edited and translated by)
$17.95
Usually Available in 1-5 Days

"Ward of the State: A Memoir of Foster Care," tells what happened to a little black boy from the inner city of Detroit. This is the story of Karlos Dillard, severely neglected by his mother who often left him and his siblings at home alone for weeks to fend for themselves. Enduring severe neglect and abuse, the boy was removed by the State of Michigan and put into foster care. Karlos was removed from his mother's care just to end up in foster homes that treated him worse. The book is an emotional rollercoaster. Every time Karlos describes the pain he is feeling you will feel the same pain. Whether it be hunger, anger, or being sexually violated. Karlos' use of words makes sure that you aren't just reading the book, you are actually engaged. What is most enticing are the small victories experienced in the story because they give you a break from the horrors of some of the foster homes. Karlos was told he was not loved, he was not wanted and he was nothing but a ward of the State. Karlos had nothing left to look forward to and that almost ended his life, but his hope to find a family that loved him kept him alive.

Most known for his appearances on Cut.com a viral Youtube Production company based out of Seattle, Karlos has made a name for himself making people laugh while addressing social issues. Using his large social media platforms, Karlos has brought attention to Black gun ownership and police brutality. He is a Commerical Actor and Model working with the nation's top photographers like National Geographic Photographer Art Wolfe. He has also appeared in commercials for companies such as Microsoft, Amazon and Mercedes Benz. Karlos has also advocated for other foster children currently in the system, doing public speaking engagements like Seattle Ignite 40 with his talk "Friend of a Foster Child".Karlos resides in Seattle Wa with his husband and their two dogs. He has dedicated his life to shading light onto dark spaces in society and to be a voice for those that haven't found theirs.Brooke-Sidney's love for books and writing began when she was only 4 years old. A young reader, she was often found curled up with a book. Books were her friends and she would spend days and nights reading, even using a flashlight to read a book during bedtime. She spent over ten years in the marketing and media industry working her way up from a National Executive Trainee Associate to an Advertising Sales Representative to a Marketing Associate turned Marketing Manager to an Advertising Manager to an Interactive Media Director. Each position bringing additional skills, expertise, management, and responsibility. When Brooke-Sidney is not helping authors change the world with their powerful stories, you can find her hanging out with her favorite little guy (her son), doing yoga, relaxing at the beach, or teaching mindfulness meditation.