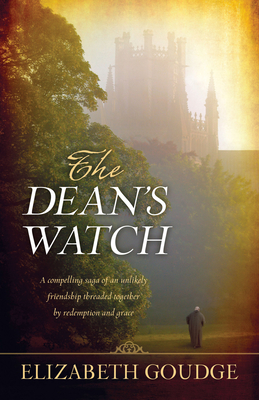 This author is a favorite of mine for the way she layers her storytelling, always delving beneath the surface for spiritual realities. Set in a cathedral city in the 19th century and centering on the unconventional friendship between the Dean of the cathedral and the local watchmaker. Beautifully written. For those who want a change of pace from contemporary novels, or fans of historical fiction.

Dean of the cathedral in an 1870s English town, Adam Ayscough is respected and misunderstood. A dogged crusader against corruption, he's also acutely shy. When his watch breaks, he forms an unlikely friendship with watchmaker Isaac Peabody, who doesn't think he has anything in common with God. Will their relationship open the door to grace?

Elizabeth Goudge was a British novelist (1900 1984) born into the home of an Anglican priest and theologian. She wrote children s books as well as novels her Green Dolphin Street was made into an Academy-Award winning film. In style and themes she parallels English writers such as the creator of the Miss Read series as well mirroring the spiritual depth found in George MacDonald s Victorian novels. She won the Carnegie Award in 1947 for The Little White Horse, which is J. K. Rowling s favorite children s book."