The Angels Will Not Care (A Cecil Younger Investigation #5) (Paperback) 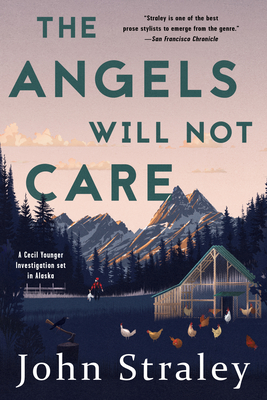 This is book number 5 in the A Cecil Younger Investigation series.

Trapped on an Alaskan cruise line, PI Cecil Younger must expose a killer—and fast—or he may just find himself sleeping with the fishes.

Cecil Younger never thought it would come to this: running surveillance on a chicken coop that’s being raided by a fowl thief. But things have not exactly been breaking right lately for the Alaskan PI. The logical thing to do? Take a vacation, of course.

Well, it’s not exactly a vacation. Cecil has been paid to investigate a doctor aboard a cruise ship up the Alaskan coast following some complaints from his patients . . . that is, the patients who are still alive to complain. Worst of all, someone is leaving evidence pointing an accusing finger at Cecil. By the time the S.S. Westward makes landfall, Cecil will be wishing he was back guarding chickens.

Praise for The Angels Will Not Care

“Now and then a writer dares to flout the rules and in so doing, carves out a niche that belongs to him alone. John Straley’s novels are like no others.”
—San Diego Tribune

Praise for the Cecil Younger Investigations