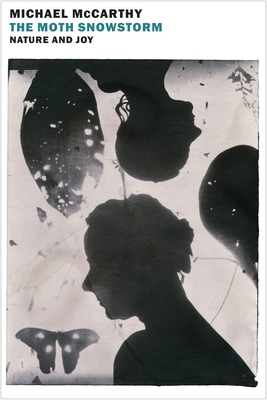 Now available in paperback, The Moth Snowstorm is a one-of-a-kind environmental work that combines memoir, anecodotes, and hard facts to make a case for preserving an ever-dwindling natural world.

The moth snowstorm, a phenomenon Michael McCarthy remembers from his boyhood when moths "would pack a car's headlight beams like snowflakes in a blizzard," is a distant memory. Wildlife is being lost, not only in the wholesale extinctions of species but also in the dwindling of those species that still exist.

The Moth Snowstorm is unlike any other book about climate change today; combining the personal with the polemical, it is a manifesto rooted in experience, a poignant memoir of the author's first love: nature. McCarthy traces his adoration of the natural world to when he was seven, when the discovery of butterflies and birds brought sudden joy to a boy whose mother had just been hospitalized and whose family life was deteriorating. He goes on to record in painful detail the rapid dissolution of nature's abundance in the intervening decades, and he proposes a radical solution to our current problem: that we each recognize in ourselves the capacity to love the natural world.

Arguing that neither sustainable development nor ecosystem services have provided adequate defense against pollution, habitat destruction, species degradation, and climate change, McCarthy asks us to consider nature as an intrinsic good and an emotional and spiritual resource, capable of inspiring joy, wonder, and even love. An award-winning environmental journalist, McCarthy presents a clear, well-documented picture of what he calls "the great thinning" around the world, while interweaving the story of his own early discovery of the wilderness and a childhood saved by nature. Drawing on the truths of poets, the studies of scientists, and the author's long experience in the field, The Moth Snowstorm is part elegy, part ode, and part argument, resulting in a passionate call to action.

Michael McCarthy is known for his award-winning writings on the environment and the natural world, including his book-length works The Moth Snowstorm and Say Goodbye to the Cuckoo. He was the environment correspondent for The Times (London) and later the environment editor at The Independent. He has been the recipient of the Specialist Writer of the Year Award in the British Press Awards, the Medal of the Royal Society for the Protection of Birds for "outstanding services to conservation," and the Silver Medal of the Zoological Society of London. He lives in the United Kingdom.

“McCarthy takes his readers on an idiosyncratic and wonderful walk through his joy of nature. Like some of the greatest nature books, from Thoreau’s ‘Walden' to Annie Dillard’s 'Pilgrim at Tinker Creek,' it’s a personal book that describes McCarthy’s own journey while at the same time folding his experiences within a broader context….'The Moth Snowstorm' is an inspiring book, and I salute McCarthy for his boldness. Rather than the dire, dry statistical projections often heralded to make the case for conservation, he turns boldly to joy — to imagination and emotion.” —Andrea Wulf, The New York Times Book Review

"Terrific, original work." —Michael Pollan, author of The Omnivore's Dilemma and In Defense of Food

“Mr. McCarthy is certainly a personable companion, prone to bursts of eccentric charm…Filled with beautiful writing…The Moth Snowstorm, however, is much more than a paean to the Earth’s beauty. It is also an elegy for it, and a particularly distressed one at that.” —Jennifer Senior, The New York Times

"An environmental call to arms as powerful as Silent Spring." —The Conversation (UK)

"A chronicle that is both bleak and achingly beautiful; a true treasure." —Booklist

"In this mesmerizing combination of memoir, treatise, and paean to the natural world, British environmental writer McCarthy (Say Goodbye to the Cuckoo) weaves the personal with the political and the local with the global to create a compelling examination of Earth’s current ecological crisis...his writing is beautiful, sincere, and powerful.” —Publishers Weekly, starred review

"A heartfelt, lovely, and thoroughly lived-through meditation on the natural world and its central part in any civilized life.” —Kirkus

“A great, rhapsodic, urgent book full of joy, grief, rage, and love. The Moth Snowstorm is at once a deeply affecting memoir and a heartbreaking account of ecological impoverishment. It fights against indifference, shines with the deep magic and beauty of the nonhuman lives around us, and shows how their loss lessens us all. A must-read.” —Helen Macdonald, author of H Is for Hawk

"[McCarthy is] as approachably learned on his subject as you’d expect a longtime environmental correspondent to be; but his sentences are long and sensuous—great sauntering accumulations of clauses and images, heaving with a poetic yearning to capture the passing abundance of the natural world." —Mark O’Connell, Slate

"A beautifully lyrical work, dealing with one of the most urgent problems of our age." —Tim Flannery, author of The Weather Makers and Atmosphere of Hope

“McCarthy has for years been the doyen of environmental correspondents...conversant with the hard facts, the political realities and the moral complexities of the conservation world. But he writes also as a man inspired by the beauty, diversity and abundance of the natural world that we are destroying. This combination of worldly wisdom and deeply felt personal experience makes this a highly original and refreshing account of our current predicament.” —Jeremy Mynott, The Times Literary Supplement

"In his beautiful book The Moth Snowstorm, Michael McCarthy suggests that a capacity to love the natural world, rather than merely to exist within it, might be a uniquely human trait. When we are close to nature, we sometimes find ourselves surprised by joy...." —George Monbiot, The Guardian

"This is a book about the joy the natural world can engender—even in the face of its decline. McCarthy powerfully synthesises the two main literary responses to the current crisis, provoking both shock . . . and a sense of awe and (most importantly) love that may prove nature’s best defence. "—The Times (UK) Best Nature Books of 2015

“An important book about an important subject—the loss of biodiversity locally, nationally and internationally, what this means for humanity and how it could possibly be avoided...The main argument is that we all have in us the capacity to experience joy and wonder from nature...McCarthy is a professional journalist and an accomplished and experienced writer who handles his themes skilfully.” —Dick Warner, Irish Examiner

“A deeply troubling book by one of Britain’s foremost journalists on the politics of nature. The case he lays bare in the opening chapters is compelling stuff. Essentially he argues that the world of wild creatures, plants, trees and whole habitats—you name it—is going to Hell in a handcart...powerful, heartfelt and compelling.” —The Spectator

“You could do worse to catch up than to read a single chapter in Michael McCarthy’s new book, The Moth Snowstorm...the one entitled ‘The Great Thinning’...powerfully and succinctly summarises the unfolding national story.” —New Statesman

“A mixture of memoir, elegy to nature, and a call to arms...this is a profound urgent book, among its strengths an appreciation of the small things—the common precious treasures of birdsong, butterflies and moths that we all, whatever our stance, stand to lose.” —Country Life