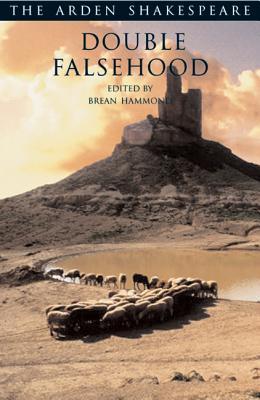 On December 1727 an intriguing play called Double Falshood; Or, The Distrest Lovers was presented for production by Lewis Theobald, who had it published in January 1728 after a successful run at the Theatre Royal, Drury Lane, London. The title page to the published version claims that the play was 'Written Originally by W.SHAKESPEARE'.

Double Falsehood's plot is a version of the story of Cardenio found in Cervantes's Don Quixote (1605) as translated by Thomas Shelton, published in 1612 though in circulation earlier. Documentary records testify to the existence of a play, certainly performed in 1613, by John Fletcher and William Shakespeare, probably entitled The History of Cardenio and presumed to have been lost. The audience in 1727 would certainly have recognised stage situations and dramatic structures and patterns reminiscent of those in Shakespeare's canonical plays as well as many linguistic echoes. This intriguing complex textual and performance history is thoroughly explored and debated in this fully annotated edition, including the views of other major Shakespeare scholars. The illustrated introduction provides a comprehensive overview of the debates and opinions surrounding the play and the text is fully annotated with detailed commentary notes as in any Arden edition.

"The publication of Theobald's adaptation in the Arden Shakespeare series is to be welcomed. And even more exciting is news that ...The Royal Shakespeare Company is working on a conjectural production of the original."—Jonathan Bate, Daily Telegraph "Hammond's analysis of the play seems to support Theobald's claims. Hammond says that in the work he finds the presence of three writers—Theobald, Shakespeare and John Fletcher...Hammond's claim is further bolstered when Arden Shakespeare, a highly regarded publisher of Shakespeare's works, publish[ed] an edition of the play edited by Hammond."—Christian Science Monitor "Brean Hammond's lively introduction to his Arden edition of the play offers a thorough and judicious account of the relevant scholarship. His cautious conclusion is that Shakespeare had indeed collaborated with Fletcher on Cardenio and that vestiges of his handiwork remain in Double Falsehood....Hammond has made some notable discoveries...Brean Hammond's excellent edition, complete with six valuable appendices, is indispensable."—Times (of London) Literary Supplement "Brilliant and unusual...the Bard's style and influence seemed irrefutable."—The Observer "The prestigious Arden Shakespeare series has been making headlines...with the heavily annotated scholarly volumes [which] will include an unfamiliar title Double Falsehood...What is certain is that there are many more plays in which Shakespeare migh have had a hand."—The Scotsman "For most of the three centuries since its debut, Double Falsehood has been ridiculed as a hoax or just disregarded. That changed when The Arden Shakespeare, one of the best regarded scholarly editions of Shakespeare’s plays, published Double Falsehood, endorsing its credentials and making it available for the first time in 250 years."—The Times (of London)

"The play’s ‘bardic provenance’ has been given fresh credibility by publishers Arden, who have included it in a new series of Shakespeare’s work. The publication of the play, which is bound to spark heated scholarly discussion, comes after a ten year mission to crack a literary mystery by Professor Brean Hammond, of Nottingham University."—Daily Mail

"The little-known 18th century play was propelled into the literary limelight...when it was claimed as a lost Shakespeare....Professor Brean Hammond will publish compelling new evidence that the play...is substantially based on a real Shakespeare play called Cardenio....The claim represents 10 years of literary detective work by Hammond."—The Guardian "The Culture Top 10: What you must see, hear and read this month"—Town and Country Magazine