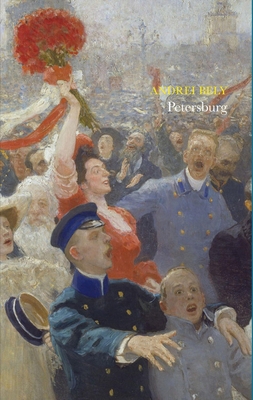 Set in Saint Petersburg during the Revolution of 1905, this classic of Russian literature draws comparisons to James Joyce’s Ulysses for its display of symbolism and humor

After enlisting in a revolutionary terrorist organization, the university student Nikolai Apollonovich Ableukhov is entrusted with a highly dangerous mission: to plant a bomb and assassinate a major government figure.

But the real central character of Petersburg is the Russian capital itself—caught in the grip of political agitation and social unrest at the beginning of the twentieth century.

Intertwining the worlds of history and myth, and parading a cast of unforgettable characters, Petersburg is a story of apocalypse and redemption played out through family dysfunction, conspiracy, and murder.

“The most important, most influential, and most perfectly realized Russian novel written in the 20th century.” —The New York Times Book Review

Andrei Bely (whose real name was Boris Nikolaevich Bugaev), was born in 1880 into a family of illustrious intellectuals. Bely's writing heavily influenced the Russian Symbolist movement and the subsequent Modernist school - his significance in world literature is often compared to that of James Joyce. He died in Moscow in January 1934.

“The most important, most influential, and most perfectly realized Russian novel written in the 20th century.”
—The New York Times Book Review

“This modernist novel, rightly regarded as one of the pinnacles of twentieth-century Russian literature, presents great challenges to the translator. With unswerving loyalty to the original, Elsworth has succeeded in capturing its idiosyncratic rhythms and elusive layers of meaning, producing a masterful translation that reads like a work of art in its own right.”
—Rossica Prize Judging Panel (2012)

“One of the four most important works of twentieth century literature.”
—Vladimir Nabokov