The Sexual Life of an Islamist in Paris (Paperback) 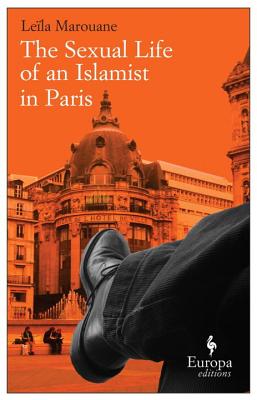 By Leila Marouane, Alison Anderson (Translated by)
$15.00
Email or call for price

Basile Tocquard is handsome, wealthy, Parisian bank manager. Born in Algeria, his life was once devoted to Sundays with his mother, family reunions, pious sobriety, and devout Islamism. But now the time has come for him to find a suitable apartment in the trendiest neighborhood in Paris, for aperitifs at the Deux Magots and the Café de Flore, for shopping sprees at the most exclusive boutiques in Paris. And for a sex life free of prohibitions! Thus his adventures begin. Unfortuntely for him, but to the delight of the reader, his story is filtered through a rather unsympathetic female narrator who refuses to show our hero the attention he feels he deserves.

The results are amusing, bizarre, and increasingly delusional. This exhilarating novel about traditions and modernity, obligation and emancipation, speaks to what it means to live in a society where cultures and ideologies often clash. With this portrait of a man balanced between two worlds–one in which heis both liberated and successful, the other in which he is conditioned by religion, family, and a hilariously overbearing mother–Leïla Marouane establishes herself as an original and talented chronicler of modern man's maladies and taboos.

Leïla Marouane was born in Algeria in 1960 and has lived and worked in Paris since 1990. In additions to The Sexual Life of an Islamist in Paris, she is the author of four novels and one collection of short stories. In 2004, she was awarded the Frankfurt Book Fair's Liberatur Prize, and in 2006, the prestigious Prix Jean-Claude Izzo for her novel La jeune fille et la mère.

Alison Anderson is the author of the novels Hidden Latitudes and Darwin's Wink. For Europa Editions, she has translated two novels by Sélim Nassib, Tokyo Fiancée by Amélie Nothomb, The Most Beautiful Book in the World by Eric-Emmanuel Schmitt, and two novels by Muriel Barbery, including the bestselling Elegance of the Hedgehog. She lives near Lausanne, Switzerland.