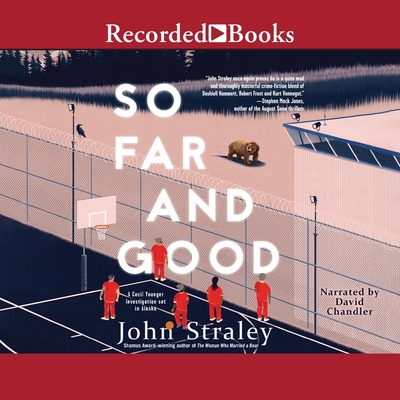 By John Straley, David Chandler (Read by)
$41.95
Email or call for price

The verdict from the three-judge panel is in. Cecil Younger, bumbling criminal defense investigator and totally embarrassing father, has been sentenced to seven-and-a-half years in prison for his involvement in ... well, a number of things, ranging from destruction of private property to killing a guy. But compared to the original twenty-five-year sentence, it's not so bad. His success with getting his sentence reduced has attracted the attention of his fellow inmates, and one man, Fourth Street, reaches out for advice for his upcoming parole hearing in exchange for protection and companionship.

When he isn't reading Adrienne Rich or James Baldwin with Fourth Street, Cecil spends his time filling up large yellow legal pads. He writes, mostly, about his teenage daughter, Blossom, who is on a Nancy Drew-like quest to help her friend, George, discover the truth about her biological parents, which turns out to be complicated. After submitting a mail-in genetics test, George learns she is the infamous Baby Jane Doe who was kidnapped from her Native mother shortly after she was born. A media and legal circus quickly ensues, but George's reunion with her birth family isn't the heartwarming story the journalists hoped it would be. There is an even darker secret about the baby-snatching case, one that threatens to destroy not just George's family--but Cecil's as well.