Doug Margeson, Author of Gazing at the Distant Lights 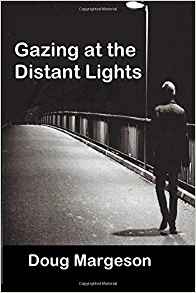 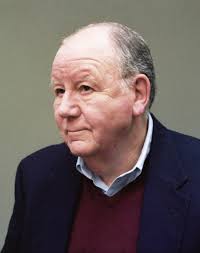 We are excited to welcome Doug Margeson, author of the novel Gazing at the Distant Lights on October 15 at 6:00pm. There will be a reading, a signing, and room for questions for this local author.

Gazing at the Distant Lights asks, Were the sixties really a magical time? Many who came of age in the era would argue they were not - although glimpses of magic sometimes showed themselves, tantalizing, like flickering lights on a dark night. It is autumn, 1964 and 18-year-old Tom Brewer is starting his freshman year at Seattle Pacific College, sent there against his will by parents who think "It will do you a world of good." Brewer finds himself alone and alienated in a conservative evangelical culture he finds bizarre and repressive. The one bright spot is a fellow freshman, Marilyn Pennell, a scion of privilege and status. The first time she sees Brewer, all her smug certainties promptly crumble. deep within. Brewer inherits $30,000 from a relative. He finds, as have so many before him, that when you have money, people will try to take it from you, including your own family. Brewer leaves home to an uncertain future. His one hope is the money. Then it comes. Then his real trouble begins. Meanwhile Marilyn returns home on Christmas break to find that her father has gone bankrupt and may be criminally liable for fraud. Her parents can afford one more quarter of school, maybe two. She must endure the grime and humiliation of searching for minimum wage jobs. Gazing at the Distant Lights looks at people caught in a current over which they have little control, hoping for something better, something they cannot quite define.

Doug Margeson is a veteran journalist who won 184 regional and 28 National journalism awards (and a nomination for a Pulitzer Prize for investigative reporting in 1985). His fiction short stories have been published in various literary journals and online. His creative non-fiction has been published in The Palo Alto Review and Santa Clara Review. His story: Gold Star Buckle was nominated for a Pushcard in 2011. He's been a guest lecturer at University of Washington, served on the boards of directors of the Washington Press Association and the Western Washington Chapter of the Society of Professional Journalists. He graduated from the University of Washington.