Emily Wolf, author of My 31st Year (and Other Calamaties)

Join us for a conversation with Emily Wolf, author of the new novel My Thirty-First Year (And Other Calamaties) Thursday, November 3 at 6:30pm.

On her 30th birthday, Yale-educated Zoe Greene was supposed to be married to her high-school sweetheart, pregnant with their first baby, and pract 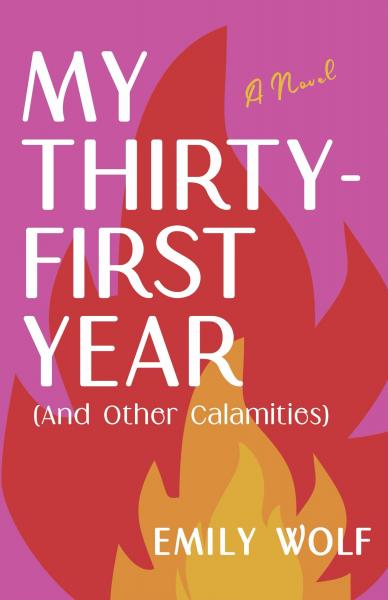 icing law in Chicago. Instead, she's planning an abortion and filing for divorce. Zoe wants to understand why her plans failed--and to move on, have sex, and date while there's still time. As she navigates dysfunctional penises, a paucity of grammatically sound online dating profiles, and her paralyzing fear of aging alone, she also grapples with the pressure women feel to put others first. Ultimately, Zoe's family, friends, incomparable therapist, and diary of never-to-be-sent letters to her first loves, the rock band U2, help her learn to let go--of society's constructs of female happiness, and of her own.

Emily Wolf is an ardent feminist, U2 fan, and native Chicagoan. A graduate of Harvard Law School, she volunteers with Planned Parenthood Gulf Coast and with her synagogue's Board of Trustees and Social Justice Core Team. Along with her husband, children, and dogs, Emily lives in Houston and has published several essays in the Houston Chronicle and at www.emilyvwolf.medium.com.

My Thirty-First Year (and Other Calamities) (Paperback)