Jennifer Haupt, Author of In the Shadow of 10,000 Hills 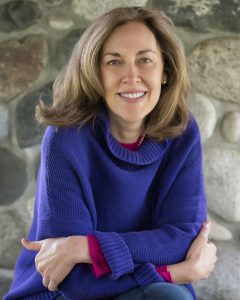 Island Books is pleased to host a visit from Jennifer Haupt, author of In the Shadow of 10,000 Hills, on Tuesday, April 3rd. She'll be joined in conversation with fellow author Elise Hooper, author of The Other Alcott.

Haupt's novel is a riveting family saga that spans from the turmoil of Atlanta during the Civil Rights Movement through the struggle for reconciliation and forgiveness in post-genocide Rwanda. At the heart of this literary novel that crosses racial and cultural boundaries is the search for family on a personal and global level.

In 1967, a disillusioned and heartbroken Lillian Carlson leaves Atlanta after the assassination of Martin Luther King. She finds meaning in the hearts of orphaned African children and cobbles together her own small orphanage in the Rift Valley alongside the lush forests of Rwanda.

Three decades later, in New York City, Rachel Shepherd, lost and heartbroken herself, embarks on a journey to find the father who abandoned her as a young child, determined to solve the enigma of Henry Shepherd, a now-famous photographer. When an online search turns up a clue to his whereabouts, Rachel travels to Rwanda to connect with an unsuspecting and uncooperative Lillian.

While Rachel tries to unravel the mystery of her father’s disappearance, she finds unexpected allies in an ex-pat doctor running from his past and a young Tutsi woman who lived through a profound experience alongside her father.

Set amongst the gaping wounds of a healing country, follow the intertwining stories of three women who discover something unexpected: grace when there can be no forgiveness.