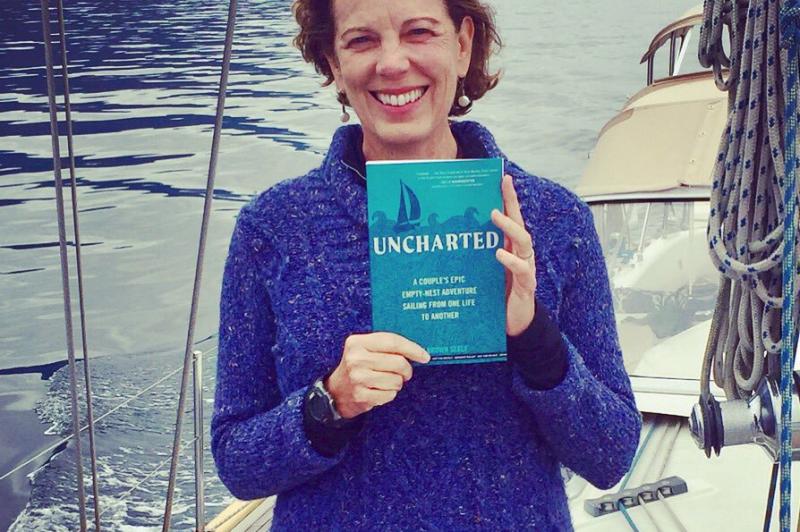 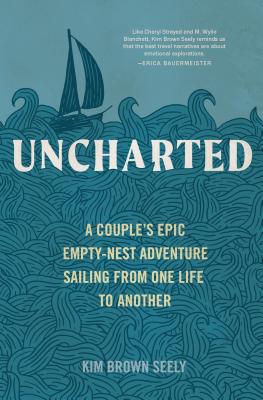 On Wednesday, November 6, we are welcoming local author and adventurer Kim Brown Seely to talk about her new release Uncharted. There will be snacks, light refreshments, and a signing after her presentation. Please join us as we learn all about Kim's great family adventure.

Uncharted follows Kim Brown Seely and her husband, who had been damn good parents for more than 20 years. That was coming to an end as their youngest son was about to move across the country. The economy was in freefall and their jobs stagnant, so they impulsively decided to buy a big broken sailboat, learn how to sail it, and head up through the Salish Sea and the Inside Passage to an expanse of untamed wilderness in search of the elusive blonde Kermode bear that only lives in a secluded Northwest forest. Theirs was a voyage of discovery into who they were as individuals and as a couple at an axial moment in their lives. Wise and lyrical, this heartfelt memoir unfolds amid the stunningly wild archipelago on the far edge of the continent.

Kim Brown Seely, the 2016 Lowell Thomas Journalist of the Year, has worked in publishing on both coasts, including as senior editor at Travel & Leisure, contributing editor at National Geographic Adventure, and travel editor at Microsoft and Amazon. Her writing has also appeared in Outside, National Geographic Traveler, Sunset, Coastal Living, and Virtuoso Life, where she has been a contributing writer for nearly 20 years.

Uncharted: A Couple's Epic Empty-Nest Adventure Sailing from One Life to Another (Hardcover)