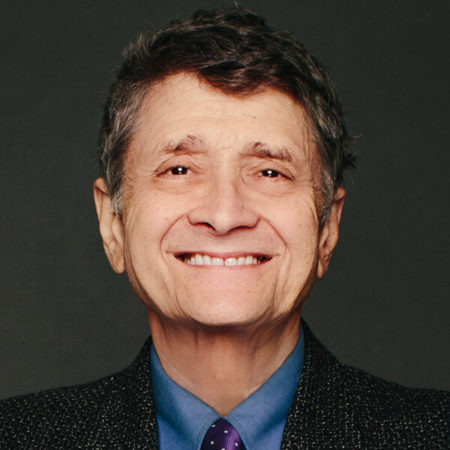 MICHAEL MEDVED is a nationally syndicated radio talk show host and bestselling author. His daily three hour show reaches 200 stations across the country and an audience of 4.7million placing him, for nine years in a row, on the Talkers Magazine list of the top ten political talks shows in the United States.

After several years as a campaign speechwriter and political consultant, Michael wrote his first bestseller at age 26—WHAT REALLY HAPPENED TO THE CLASS OF '65?, a skeptical reconsideration of the "counterculture" of the1960's that became a weekly TV series on NBC. Michael's subsequent 11 books include THE SHADOW PRESIDENTS, hailed as the definitive history of White House chiefs of staff; HOLLYWOOD VS. AMERICA,a stinging indictment of the entertainment industry; and RIGHT TURNS, which tells the story of Michael's transformation from "punk liberal activist to lovable conservative curmudgeon." His most recent books, THE 10 BIG LIES ABOUT AMERICA and THE 5 BIG LIES ABOUT AMERICAN BUSINESS, confront the most common smears against the United States and its free market system.

His most recent work is THE AMERICAN MIRACLE: DIVINE PROVIDENCE IN THE RISE OF THE REPUBLIC, about the uncanny pattern in our national history. At moments of crisis, when the odds against success seem overwhelming and disaster looks imminent, fate intervenes to provide deliverance and progress. Historians may categorize these incidents as happy accidents, callous crimes, or the product of brilliant leadership, but the most notable leaders of the past four hundred years have identified this good fortune as something else--a reflection of divine providence. Medved reveals a record of improbabilities and amazements that demonstrate what the Founders always believed: that events unfolded according to a master plan, with destiny playing an unmistakable role in lifting the nation to greatness.
Among the stirring, illogical episodes described in THE AMERICAN MIRACLE:
When millions worry over the nation losing its way, Medved's sweeping narrative, bursting with dramatic events and lively portraits of unforgettable, occasionally little-known characters, affirms America as "fortune's favorite," shaped by a distinctive destiny from our beginnings to the present day.
Event date:
Thursday, March 2, 2017 - 6:30pm to 8:00pm
Event address:
3014 78th Ave SE
Mercer Island, WA 98040