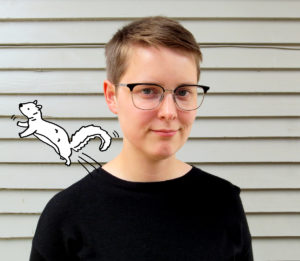 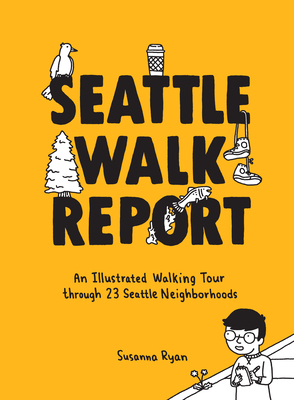 On November 3 at 3:00pm, Susanna Ryan, author of the hilarious Seattle Walk Report will be swinging by the store to sign books and answer questions. Come on by to say hello and meet this local treasure!

Leveraging the growing popularity of Seattle Walk Report on Instagram, this charming book features comic book-style illustrations that celebrate the distinctive and odd people, places, and things that define Seattle's neighborhoods. The book goes deep into the urban jungle, exploring 24 popular Seattle neighborhoods, pulling out history, notable landmarks, and curiosities that make each area so distinctive. Entirely hand-drawn and lettered, Seattle Walk Report will be peppered with fun, slightly interactive elements throughout which make for an engaging armchair read, in addition to a fun way to explore the city's iconic, diverse, hipster, historic, and grand neighborhoods.

The artist behind Seattle Walk Report is a self-taught cartoonist, illustrator, and designer. After discovering a love for exploring Seattle by foot, she anonymously started the Instagram comic series Seattle Walk Report in 2017. With her keen eye for Seattle's overlooked landmarks and everyday ephemera, she captures everything that makes the Emerald City magical. Her work has appeared in Seattle magazine, the Stranger, Seattle Refined, The Evergrey, and the Seattle Review of Books, as well as on KOMO News and 107.7 The End.