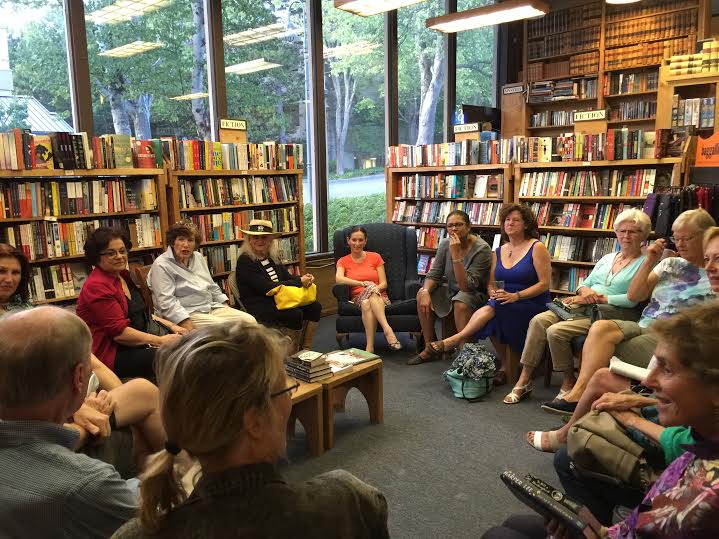 We like to discuss books with you over the counter, but even better is getting together to rehash a good title. In the spirit of enhancing a great read, we host an open book club that typically meets the last Thursday of each month at 7:30pm (if that Thursday coincides with a holiday, the meeting date will be adjusted). Our staff facilitator chooses both fiction and nonfiction titles. Everyone is welcome to attend even if you haven't read the book, and if you purchase your copy from Island Books you'll always get a 10% discount.

Join our Facebook group, browse below for selections, and check our events calendar for further information!

Meet me at the Museum by Anne Youngson (24 February) on Zoom!

Song of Myself and other Poems by Walt Whitman (5 May) on Zoom! Note date change. We encourage everyone to attend a LIVE poetry event at Island Books on our usual date Thursday 28 April at 6:30 pm.

Admiring Silence by Abdulrazak Gurnah (26 May) on Zoom!

The Girl with Seven Names: escape from North Korea by Hyeonseo Lee (25 August) in person at Mercerdale Park.  Please note time change:  we'll meet 7:00 to 8:00 pm so we have enough daylight.

A Town Called Solace by Mary Lawson (29 September) on Zoom!

Small Things like These and Foster by Claire Keegan (1 December) in person at Island Books.  Note date change due to Thanksgiving.